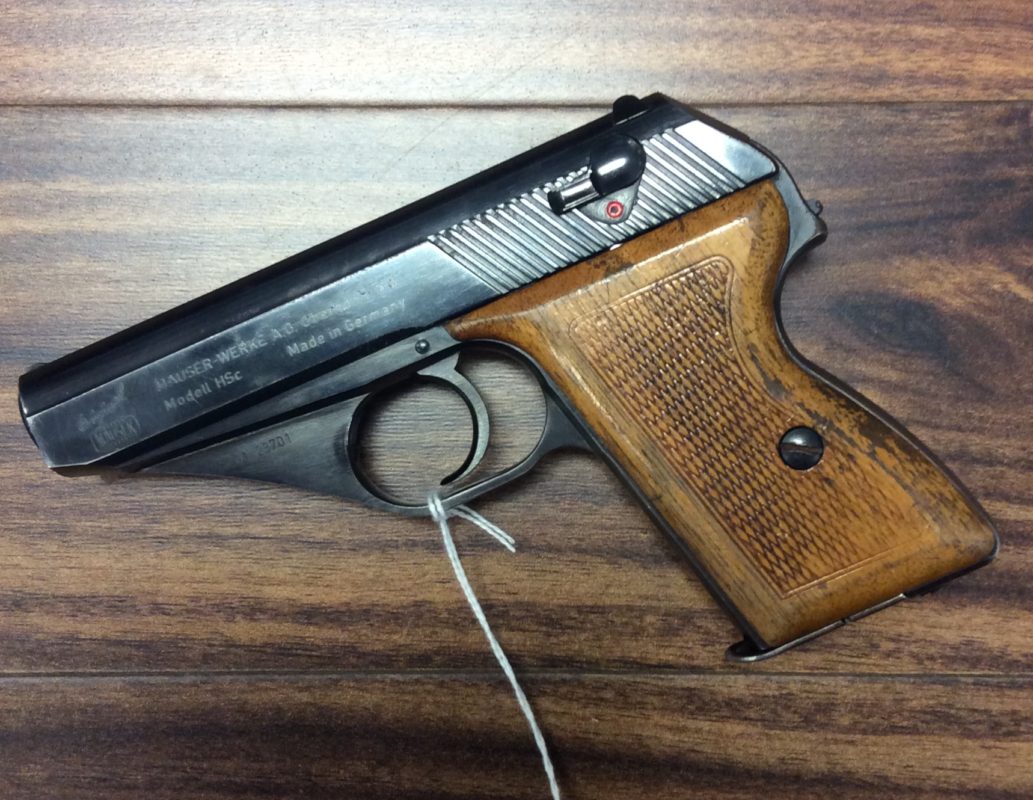 The Mauser HSc pistol was developed by famous Germany arms company Mauser circa 1937. HSc is an acronym of Hahn-lSelbstlspanner pistole ausfurung C, or self cocking-hammer pistol, model C (models HSa and HSb were prototypes only). This compact pistol was intended for civilian and police market and has some features, that made it more suitable for concealed carry, than other contemporary compact pistols. But with outbreak of Second World War, german military, especially KriegsMarine (Navy) and Luftwaffe (Air Forces) consumed all production of HSc. Original HSc pistol was manufactured in 7.65mm Browning (.32ACP), but after WW2, when Mauser company resumed its operations, this gun also appeared in 9mm Browning Short (.380ACP) during period of 1970 – 1977. In the late 1970s Mauser ceased the production of HSc and sold license to it to Italian company.
Mauser HSc is a blowback operated, compact pistol. The barrel can be detached from the frame by the release of the lock, located inside of the triggerguard. The hammer is concealed within the slide except for the small lip that protrudes from under the slide and allows for manual cocking. The safety switch is mounted on the slide and when engaged (lowered), moves the rear part of the firing pin out of the reach of hammer and locks it. The overall shape of the gun is streamlined and allows for easy concealment, even a front sight blade is concealed within longitudinal groove on the top of the slide. Magazine release catch is located at the bottom of the butt, magazine floorplates featured a finger lip for more comfortable grip.

Our inventory changes DAILY, so PLEASE call to check inventory status on a specific firearm.